Born in 1951, Jacob Groth is a Danish film and television composer. He has created music for motion pictures since 1978, always with the ambition that his compositions should be felt rather than heard.

Five times an International EMMY Awards-winner, in the past 25 years, Jacob Groth has established himself as a highly regarded composer; a reputation he intends to continue.

Famous for composing the score for the Millennium trilogy

Jacob Groth is perhaps most famous for his score work on the film trilogy based on Swedish crime author Stieg Larssons Millennium series of 3 best-selling novels ‘The Girl With The Dragon Tattoo’ (nominated for Best Score at the European Film Awards), ‘The Girl Who Kicked The Hornets Nest’ and ‘The Girl Who Played With Fire’.

In recent years, he also spent a lot of time in Los Angeles, scoring projects such as the CBS drama series ‘Unforgettable’, (a series that, aided by Groth’s atmospheric score, went on to run for 4 seasons and for which Jacob was awarded Best Music Score at the ASCAP Awards). He has also scored the NBC supernatural drama series “Midnight, Texas”.

His first major work was on the Søren Kragh-Jacobsen film debut ‘Vil du se min smukke navle?’. Jacob’s working relationship with Kragh-Jacobsen led to a long period of collaboration. Latest, he has scored “Lille Sommerfugl”, which premiered in December 2020. He also built an ongoing creative relationship with Director Rumle Hammerich which included the movie ‘Otto er et næsehorn’ in 1983 and ran up to ‘Headhunter’ in 2009.

In 2012 he teamed up once again with Millennium director Niels Arden Oplev to score the major Hollywood production ‘Dead Man Down’, starring Colin Farrell. In 2014, Groth worked on the action thriller ‘Skin Trade’ produced by and starring Dolph Lundgren.

Jacob has excelled in his Nordic TV work, from the late 90s watershed Danish drama series ‘Taxa’ and ‘Unit One’ (‘Rejseholdet’) to his Emmy Award-winning work on the early life of Hans Christian Andersen, ‘Young Andersen’. He has also added his unique compositional style to 2 seasons of the hit Swedish crime series ‘Modus’.

In 2019, Jacob released his first studio album since beginning his career as a score composer.

The album, Music For Your Inner Movie, is inspired by his joy of nature and dedicated to the young people, who are fighting to save our climate. On the album, Jacob Groth has composed the music without his usual fixed frames and is moving in a lighter direction than his well-known Nordic Noir-style.

Other recent projects include Danish-French tv-series “DNA” starring Anders W. Berthelsen and Charlotte Rampling, which has been bought by the BBC for the UK market, as well as the crime-thriller series ‘Wisting’ based on the award-winning series of books by former Norwegian homicide detective Jørn Lier Horst. The series is available to watch on both Amazon Prime and Viaplay. ‘Wisting’ has been picked up for a second season, which Jacob Groth will also be scoring, expecting to premiere in 2022.

In 2021, he was accredited with the Honorary Award at the Music Publishers Association in Denmark’s award show ‘Carl Prisen’.

What they say about Jacob

Working with Jacob has been one of the great joys of “Unforgettable“. From the pilot, for which he created a score of emotional complexity and depth seldom found in American network television, through two seasons into a third, Jacob has proven himself a uniquely inventive and flexible composer.

No mood, characterization or style is outside his range. He possesses that essential quality of a dramatist: compassion for the human condition. Like a detective, he searches out the hidden heart of a story: then lifts it, translates it, into sound.

He’s also a great guy, sophisticated artistically and personally, but big-hearted, generous and warm. And you can hear it all in his music. 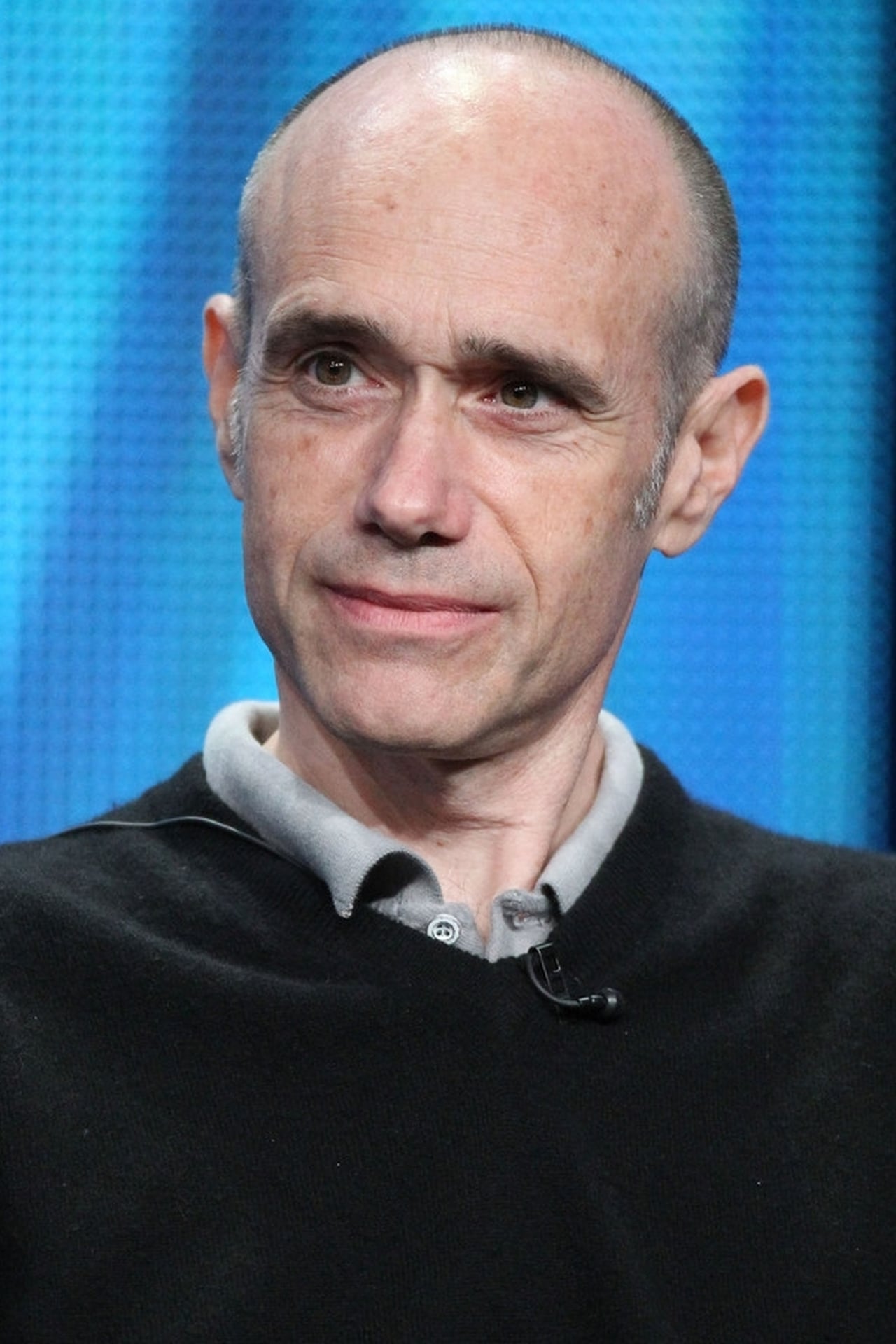 John Bellucci Co-Creator, ”Unforgettable”
The music in ”The Girl With The Dragon Tattoo / Men who hate women” is great in every sense.

Great because it is made with talent, compassion and an explicit understanding of making images and music accompany each other. Great because the music dares to be majestic and very “visible” in the film.

In the roles of Composer and Director Jacob and I share a past with several films and TV series. The work extends from a western inspired score for a black comedy to a very delicate score for a sensitive drama. Jacobs music is unique for every film, because his inspiration starts with the nature and emotions of the story.

To make the choice to do a grand music score for this film was a very big step for us. It was also an unusual step for a Scandinavian film. Jacob believed with passion that this would take the film to an even higher level. I am very pleased I went with his passion. 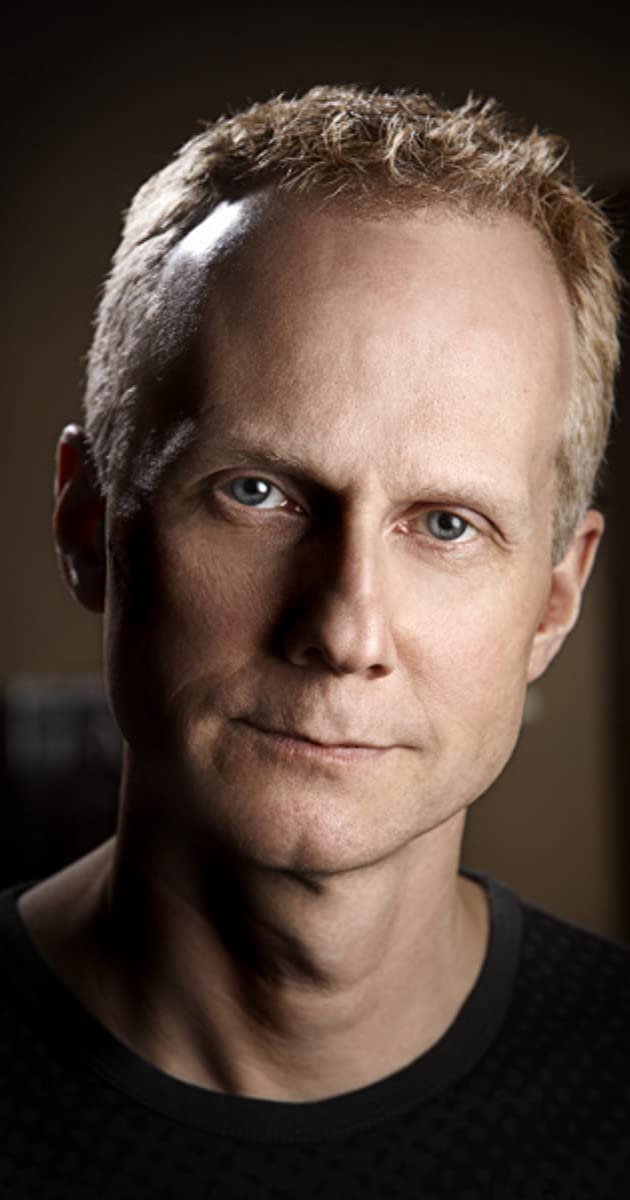 Niels Arden OplevDirector, “The Girl With The Dragon Tattoo”
The books and the films about Lisbeth Salander have similarities with the Greek dramas.

They are stories on a grand scale with both dramatic emotions and elements of the supernatural, even if the action clearly takes place in a realistic present. 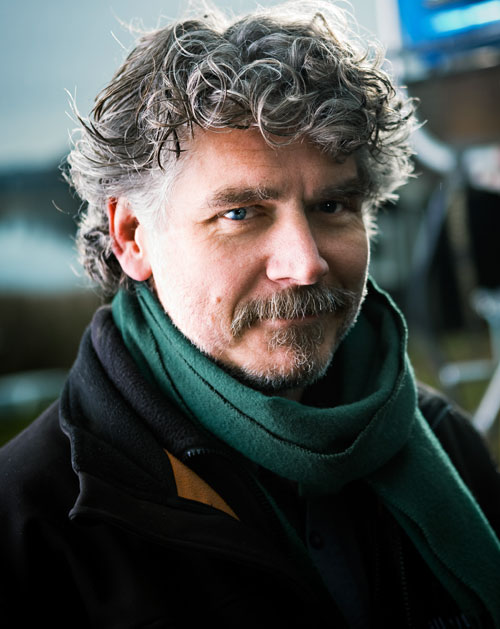 Daniel AlfredsonDirector, “The Girl Who Played with Fire” and “The Girl Who Kicked the Hornets’ Nest”
After our success with Wisting season 1, we were excited to continue the collaboration with Jacob on the second season. He fulfilled our expectations with his efficiency and professionalism. Our collaboration has worked smoothly throughout the process, where we have been met with hospitality and accessibility. With Jacob's high level of knowledge and experience as a composer, he has contributed with both suggestions and challenges on how the project could reach its highest potential. We have appreciated the feedback and the collaboration we have had on Wisting season 2 and 3. Jacob has a high work capacity, is reliable, and always delivers high quality in his work. 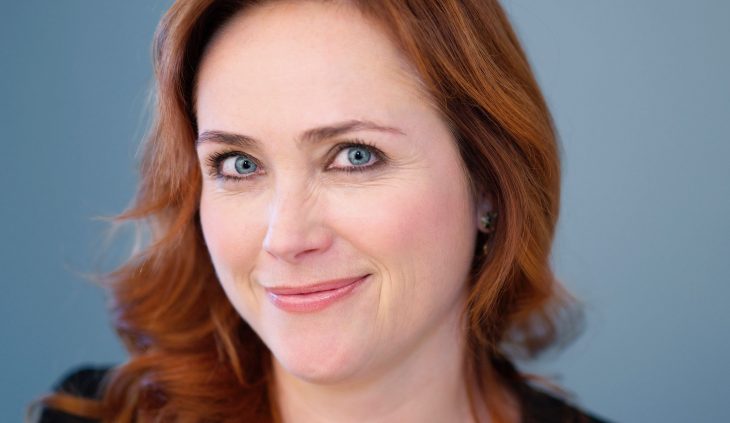 Silje Hopland EikProducer 'Wisting' (Cinenord)
Jacob Groth stepped into my life with the TV-series “Taxa”, nearly 20 years ago. And since then, Jacob has been my chosen composer.

Just listen to the blues guitar in the “Taxa” theme, the catchy music to “Unit One”, the beautiful title song in “The Eagle” and the big symphonic score to “Better Times”. 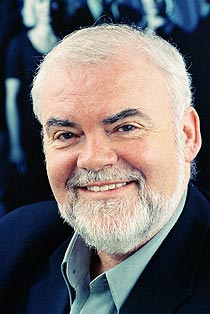 Sven Clausen TV Producer
His originality, energy, sensitivity and light outlook on his life has made it’s impression on my mood and, not least, on many of my films.

He can read a movie and keeps on experimenting until the notes are right.

The word compromise does not exist in his universe. 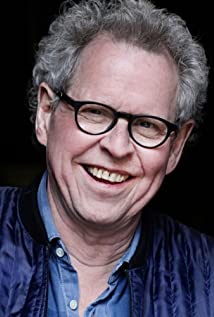 Søren Kragh-Jacobsen Film Director
We started playing blues music together when I was 14 years old, and the blues still adheres to us, it’s there when we work and in our friendship.

Since that time we have produced more than 10 films, TV and theater projects together, in all possible styles from minimalistic beat to rock, jazz, electronic and symphonic score.

We look for what we believe will give the film wings and Jacob does not give up before we find the truest expression.

Jacob has many boxes he can open, but at the bottom of each one is a little blues harmony that grabs you by the heart. 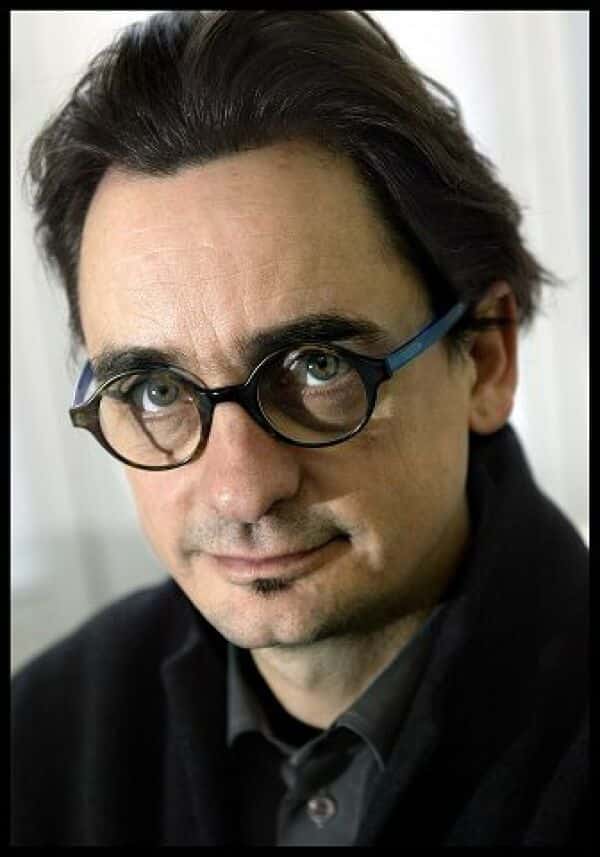 Rumle Hammerich Film Director
It was thrilling to see how the score evolved and grew, episode by episode.

It did so much to define our tone and rhythm, our very show. It is so important to know when to go big, or small, or even silent.

Thankfully, Jacob does, and tells us when we don’t.

The music gives colour and oxygen to the emotions – the subtext, not just the text. 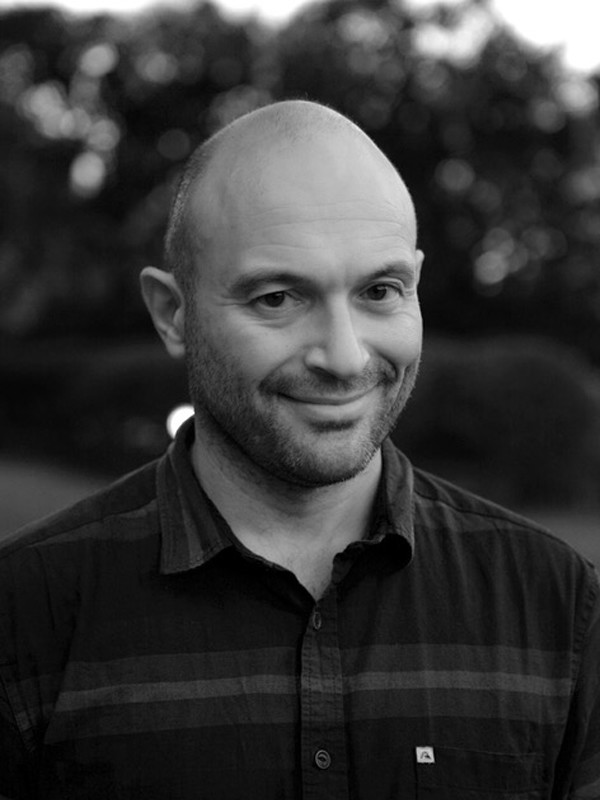 Trygve Allister DiesenDirector, “Wisting”
I was lucky to get Jacob Groth onboard as a composer on the most successful Scandinavian franchise in this century, Stieg Larsson´s The Millennium series.

As a producer you really need an experienced composer, when you are responsible for such a big project, especially because we from the beginning only planned 1 feature film and 6 x 90 min TV Series.

Because of the huge success of the first feature film “The Girl with the Dragon Tattoo” there was a wonderful demand of two more feature films, before the broadcasting of the TV series. And we had a serious deadline from our Broadcasters, who financed the majority of the production. If we wanted to do two more feature film, we had to release them the same year as “The Girl……”.

There was an incredible pressure on our composer Jacob Groth, but he delivered beautiful music with a smile, on time, though he must have been on his knees.

So you grab a good piece of our Scandinavian talented pie, if you choose Jacob Groth as your composer. His talent and music ought to be shared, because he has already set the standard in the Scandinavian film industry for years.

Soeren StaermoseProducer, “The Millennium Series”
Previous
Next
We use cookies on our website to give you the most relevant experience by remembering your preferences and repeat visits. By clicking “Accept All”, you consent to the use of ALL the cookies. However, you may visit "Cookie Settings" to provide a controlled consent.
Accept All Reject All Cookie Settings
Manage consent

This website uses cookies to improve your experience while you navigate through the website. Out of these, the cookies that are categorized as necessary are stored on your browser as they are essential for the working of basic functionalities of the website. We also use third-party cookies that help us analyze and understand how you use this website. These cookies will be stored in your browser only with your consent. You also have the option to opt-out of these cookies. But opting out of some of these cookies may affect your browsing experience.
Necessary Always Enabled
Necessary cookies are absolutely essential for the website to function properly. These cookies ensure basic functionalities and security features of the website, anonymously.
Functional
Functional cookies help to perform certain functionalities like sharing the content of the website on social media platforms, collect feedbacks, and other third-party features.
Performance
Performance cookies are used to understand and analyze the key performance indexes of the website which helps in delivering a better user experience for the visitors.
Analytics
Analytical cookies are used to understand how visitors interact with the website. These cookies help provide information on metrics the number of visitors, bounce rate, traffic source, etc.
Advertisement
Advertisement cookies are used to provide visitors with relevant ads and marketing campaigns. These cookies track visitors across websites and collect information to provide customized ads.
Others
Other uncategorized cookies are those that are being analyzed and have not been classified into a category as yet.
SAVE & ACCEPT